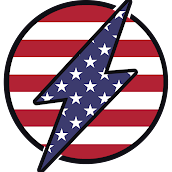 With the revised version of Plates Across America®, we introduced a new feature we call "Lightning Rounds".  This gives you 5 additional puzzles to solve to get some extra points, but there is a catch: you have a limited time in which to solve each puzzle. The effect of adding a timer changes the dynamics of the game considerably.  The brain is a funny thing: time pressure tends to reduce how well it works.

Before we released the game to the public, the timed puzzle concept was in consideration for use in the entire game. We experimented with various timer durations and found as they got shorter, the anxiety it produced for players was sometimes overwhelming. Some people would get visibly upset and seriously stressed and this was just playing a demo of a game. 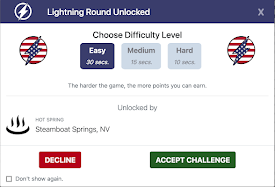 We eventually abandoned the timer for the main single-person game, though we retained it for the two-player game. A timer is necessary in multi-player games or else you potentially have one player getting frustrated with the slow play of the opposing player. However, with our latest redesign, we have re-introduced the timed feature for the single-player game, though in this limited way with these Lightning Rounds.

The Lightning Rounds will show up when you reach some types of interesting locations: tourist towns, quirky roadside attractions, hot springs, etc. You can now choose to accept this adrenaline charged challenge, or decline it each time it is triggered. By playing the Lightning Round, you can accumulate more "ride points", which you can use to customize your vehicle. You can also choose to stop the Lightning Round notices from appearing to you. 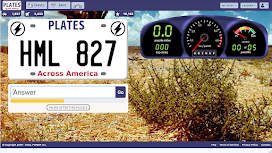 Duration of a Lightning Round

You are given the choice of 3 levels for the Lightning Rounds from hardest to easiest, where the amount of time determines the difficulty.  The less time you choose, the more ride points you can earn.

If you have not played our game before, try it out here for free:

Posted by Plates Across America at 8:09 PM