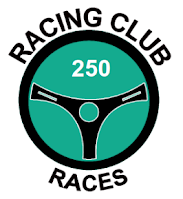 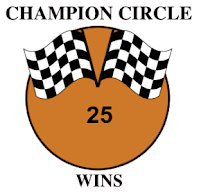 Or sign in to try out the new two-player Race game: Plates Across America Signin Page

Posted by Plates Across America at 10:53 AM No comments: 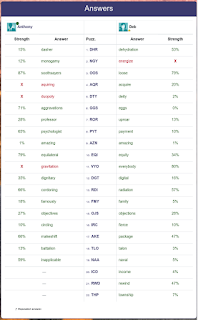 With the release of Plates Across America®'s new Race game feature, we also introduced a new "Race Completed" page. This new page becomes accessible after both players have completed the race. This page shows the outcome, stats for the race, your stats against this opponent as well as the full puzzle and answer history. It is the Answers feature of this page that we felt was worth writing a little more about.

As we were discussing the design for the Race feature, once this idea was proposed, we all immediately felt that it would be incredibly interesting and useful to be able to compare your answers with your opponent's answers. You can use this to improve your game or just to see what sorts of words your opponent decides to use.

This comparison works well since each player is shown exactly the same puzzle sequence, so you can really compare apples-to-apples (so to speak).  Notice that one user may see more puzzles if they require more to complete the route.

We think Answers comparison is one of the more interesting features of the new Race game. If you try it out, please let us know what you think.

Visit Plates Across America®'s site: Sign in to Race

Posted by Plates Across America at 10:55 PM No comments:

We just finished deploying the most significant release since we first launched Plates Across America™. We'll cover all the changes and new features in a series of short articles. The most important addition in this release, by far, and the one that this article covers is the new "Race Game" feature.

The first version of the Race Game feature existed long before we released Plates Across America and it was quite different from what we now have.  The original feature allowed up to 8 players and offered in-game chat messages.  It was set up to be much more like a "live" race with entry fees and prizes for the top 3 finishers. This was a pretty interesting "race-like" idea, but not very practical for this type of (somewhat leisurely) word game.

Requiring all players to be on-line at the same time and to remain for the duration of the game was a bit too constraining for a word game.  We ditched this idea before the first release and decided to launch the game with just the solo "Travel" mode.  Meanwhile, in the background, our game designers were re-thinking how to reintroduce a multi-player version back into the game.

For the publicly available race feature we just released, we now have a 2 person race game which allows you to play a specific person, or you can allow us to find a matching race partner (we'll discuss how we pick partners in a future article). For fairness, each player will get the exact same sequence of puzzles in a race and they can completed it at their own pace. The winner of the Race is the person who completes the route in the fewest possible puzzles. If there's a tie on the puzzle count, the percent correct score is used as a tie-breaker, and if that too is the same, the game ends in a tie.

Another nice feature is the ability to select your preferred race length. The choices are: short, medium, long and extra long.  The race route will be chosen randomly from the routes based on their distance and your preference. 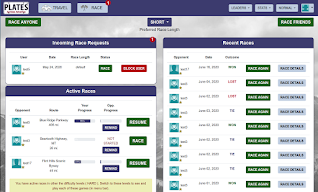 We are very excited about the release of this new Race feature. We have known this would be an important addition to Plates Across America and have worked hard to get this out as soon as we could. We hope you are able to try it out and that you find it enjoyable.
Posted by Plates Across America at 4:21 PM No comments: