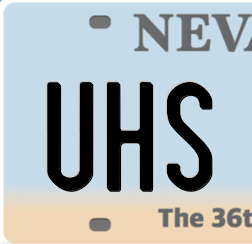 In the Plates Across America® game, the quality of your answer to a puzzle will determine how far you travel: anywhere from 1 to 6 miles.  But what constitutes a "good" answer?  The simplest statement is: the more characters there are, the better it is.  However, there are a host of more refined scoring rules that come into play. This article covers some of the more important ones and explains the rationale behind them.

Pluralizing a word adds 1 extra character without much additional cleverness.  If one person comes up with a 7 character answer and then tacks on the "s", should they get the same score as the person that thought of a more "natural" (non-pluralized) 8 character answer?  We think not, so a non-pluralize word will score higher than a pluralized word of equal length.

Similar to the pluralization reasoning, there are a number of other ways to easily tack on extra characters. For the puzzle "SWR", the answer "swear" is valid but short and it does not require any more sophistication to pad some characters and make it "swearing".  However, the word "steward" is longer than the word "swear" and deserves more credit, even if the person did not think to tack on an extra "ing" to that word.

The process of taking a word and reducing it to it "base" form is called lemmatization.  When scoring answers, we will prefer the "lemma", or the "root" word to shorter words with some simple extensions.

The game does not permit hyphenated words, though there is a fine line between these and compound words.  For the valid compound words, we assign a slightly lower score than the other words of equivalent length.  We believe that the person coming up with one long word should get more credit than a person that just tacks two short words together.

Though word length is the predominant means we use to measure the answer quality, we have rules in place to prevent rewards for padding an answer's length with trivial extensions.

If you have not played our game before, try it out here for free:

Posted by Plates Across America at 8:51 PM No comments: 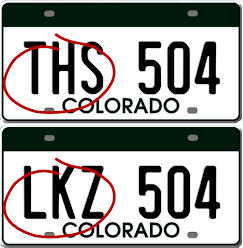 If you have played Plates Across America® for even a little while, you will be well aware of the fact that not every puzzle is equal in difficulty.
The puzzle "THS" is much easier to solve than "LKZ". (Keep in mind "likewize" is not a valid answer.)  If we showed only the hard puzzles, it would be a frustrating experience. Conversely, if we only selected the easiest puzzles, the game would not be very challenging and people would get easily bored and not play.

Therefore, the balance of the puzzle difficulty is an important part of the game play for us to get right.  This article gives a few details about how to game determines which puzzles to show.

What Makes a Puzzle Difficult?

On seeing a puzzle for the first time, most people immediately are drawn to think of words with those letters near the beginning of the word.  Secondarily, words where the puzzle letters are close together in the word tend to pop up in people's minds more.  Conversely, words where the letters are scattered throughout the word tend to be harder to mentally associate.  For each of the game's puzzles we compute a "letter position difficulty" score which serves as one of the factors that determines a puzzle's complexity.

Among the early ideas we considered was that the more possible solutions the puzzle had, the easier it may be to solve.  However, this is a flawed line of thinking because not all words are created equal.  Even if the puzzle had only one possible solution, if that word was in everyone's common vocabulary, it might be relatively easy to solve. Conversely, a puzzle that has 100 solutions could be very hard to solve if all those words were relatively obscure.

What we are doing in the game is to look at the word frequency to gauge how common words are. This is based on looking at how often words appeared in large collections of text documents (e.g., how often the word appears across all the Wikipedia articles). We take these word frequencies across all possible solutions and derive a "frequency score" for the puzzle. This better represents how easy it will be for someone to come up with an answer rather than the shear number of possible solutions.

We pre-compute the previously mentioned position difficulty and the frequency score for each puzzle and then blend those together to arrive at an overall difficulty score.  It is this final difficulty score that determines how frequently the puzzle will appear in the game.

How Does the Game Pick the Puzzle?

With each possible of the possible 14,000+ puzzles, we assign a difficulty score to them as described above. We then group them into 6 difficulty level tiers from easiest hardest. The puzzle selection is then done randomly, but with a two level selection scheme.

The puzzle selection scheme is an important part of the playability of the game, but it is fairly involved to come up with determining the relative difficulties of all the game's word puzzles. We think we have struck a good balance in our game, but always looking to improve if you have suggestions for us.

If you have not already played, try our game and send us feedback about what you think:

Try the game for FREE

Posted by Plates Across America at 9:50 PM No comments:

Plates Across America
Plates Across America is an online word game that combines solving word puzzles which appear on license plates with traveling across the United States along some of its most famous routes. Each puzzle has many possible answers and you get rewarded with miles traveled based on the quality of your answer.